The 2017 US-China Cleantech Summit, hosted by the U.S.-China Cleantech Center (UCCTC), was successfully held in Zhengzhou, the capital of Henan Province, from December 7 to December 8, 2017. The 400+ person event featured the trade delegation of 19 US cleantech companies recruited by UCCTC, who spoke and presented at the Summit. The first day allowed the US Delegation learned about the plethora of opportunities in China’s environmental protection sector, including waste to energy, air, water, and soil remediation. Throughout the summit, the US Delegation was able to connect and speak with potential investors and teaming partners, creating valuable connections with some of the key players in China. 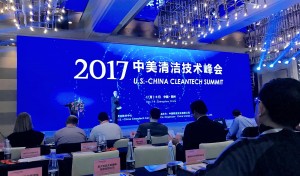 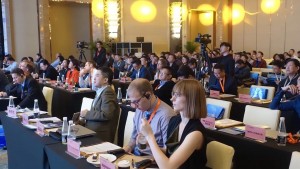 The second day of the Summit allowed the US Delegation and foreign cleantech innovation companies to present themselves and their companies to China-based investors and corporations who have strong interest in US cleantech.

The Summit also included some of the most innovated Fortune 500 companies including IBM, Johnson Controls, PricewaterhouseCoopers, Thermo Fisher Scientific, as well leading companies involved in clean technology such as Nalco, Xylem Water Solutions & Water Technology, and Nucloud Energy. Chinese attendees included VC investors, leading enterprises involved in clean energy, manufacturing, and environmental technologies, government officials, industrial park representatives, as well as trade promotion and investment officials. The US delegation was able to meet with the Chinese companies and investors during the summit, and have B2B meetings with interested teaming partners. 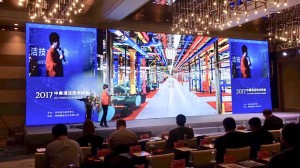 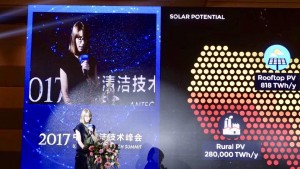 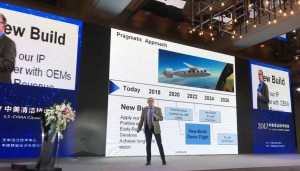 The U.S.-China Cleantech Center (UCCTC) is a non-profit transnational professional organization funded by the U.S. Department of Commerce and supported by the bilateral government of the United States and China. UCCTC is committed to the docking of high-quality technologies, enterprises, human resources and financial resources between China and the United States in the field of clean technologies, to promoting the international cooperation and development of related industries. UCCTC’s resources and cooperation network covers major states in the United States and major cities in China. It is an important platform and channel for all-round cooperation in promoting innovative incubators of clean technology, industrialization of mature technologies and international cooperation, capacity building in the region and cross-border investment and M & A.

2018 US China Cleantech Summit is held in Guangzhou

The 2018 US-China CleanTech Summit, jointly hosted by the Guangdong Department of Commerce...